The central theme of OW2con this year is: “Open Source Toward Industry Maturity”. As open source is becoming mainstream, IT developers, vendors, users and even open source organisations such as OW2 have to adapt.
Free software came about in 1983 as a movement launched by and for developers working collaboratively on software projects, it evolved in the mid-1990s as commercial open source and with the explosion of cloud computing, big data, IoT, etc. in 2010, it became the de facto vehicle for collaborative innovation. What the billion-dollar open source mergers announced in 2018 tell us is that open source is reaching industry maturity. Open source projects are becoming increasingly competitive and all IT developers, vendors and users must have an open source strategy.

Teclib´is happy to confirm the participation in this great event! Our R&D manager François Déchelle will reveal the latest and next GLPI automation, cybersecurity management & green IT features. 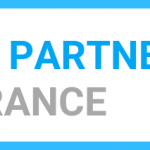 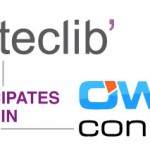 Teclib’ – PARTCIPANT DU – OW2con’19!
We use cookies to ensure that we give you the best experience on our website. If you continue to use this site we will assume that you are happy with it.Ok